A now-defunct application, playing middle-man for online food orders. In its prime, Food Court competed in the order relaying space with companies such as GrubHub, EatStreet, and Eat24, averaging over $100,000 in transactions every week.

Campus Special’s main business involved selling advertising space to businesses in collegiate areas, even expanding out to advertising for apartment complexes. Some of these advertisements were posted to the Food Court website in “Deals” and “Apartments” sections, respectively. 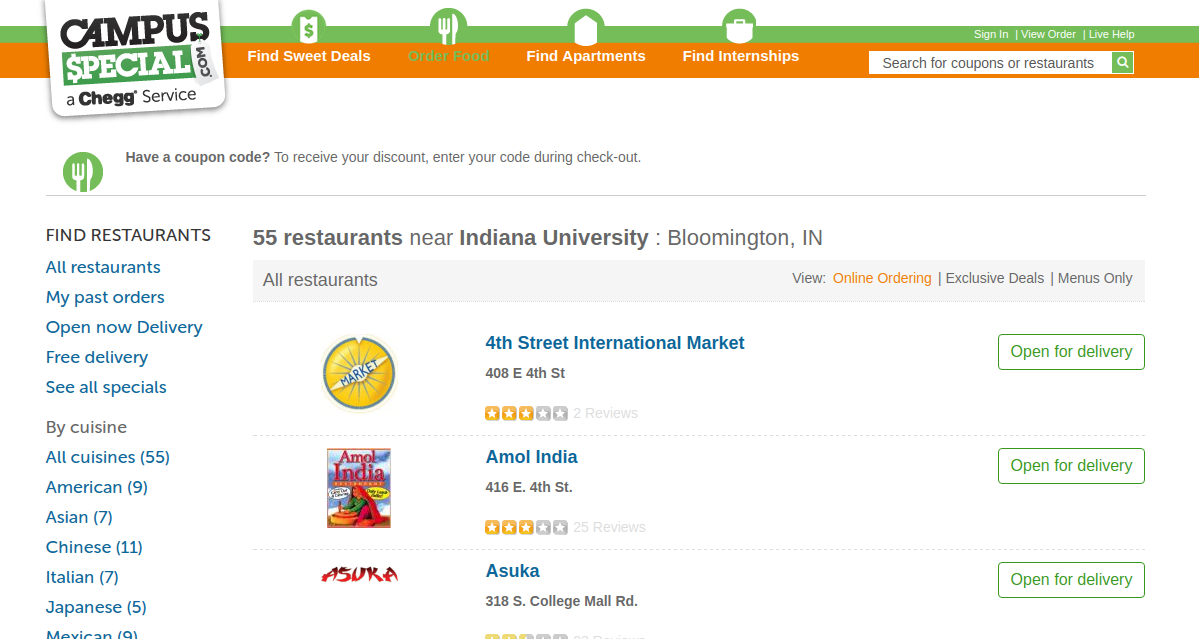